“Capitalism without bankruptcy is like Catholicism without hell. Markets work best when participants have a healthy fear of loss.
Howard Marks

“The US is now on a path whereby every sitting US president seems intent on adding as much debt into the national ledger as all of his predecessors combined.”
Gavekal 18.12.2020

“People are always asking me where the outlook is good, but that is the wrong question. The right question is where is the outlook most miserable.”
John Templeton

Markets in the fourth quarter of 2020 continued their strong recovery on the back of two developments. First the announcement of several effective vaccines to combat the Covid virus and the start of their implementation. These vaccine programs give strong grounds for hope that life can return to normal at some point in 2021. Second the US election results were cheered by markets, which welcomed the Biden Presidency alongside a Republican controlled Senate which will keep his policies in check. While the run off of the Georgia Senate race on 5th January could change this, as things stand President Biden will have less scope to expand fiscal deficits, introduce tough regulation for big tech, and raise taxes. As a result markets finished the year strongly, with the MSCI World Index up 14% in US dollars, which was a remarkable recovery from the point towards the end of March when it was down 32% at the height of the Covid panic.

The economic collapse in 2020 resulted in a highly unusual recession, one in which personal incomes held up, housing starts accelerated, IPO’s on the stock market boomed, and companies were able to issue debt at very low rates despite their business conditions deteriorating. By the end of the year the quantity of negative yielding debt had reached a record $17.7 trillion and about 80% of the world’s investment grade bonds are trading at 1% or less, as governments threw everything they could at the problem through support measures. Yet the pandemic has widened the social divide. The income gap has never been greater and governments are likely to continue subsidising the lower income brackets, even if that leads to the economy overheating from strong consumer growth. In contrast to 2009 the stimulus is not going into banks’ collapsing balance sheets, but into financing government spending which ends up in the real economy. 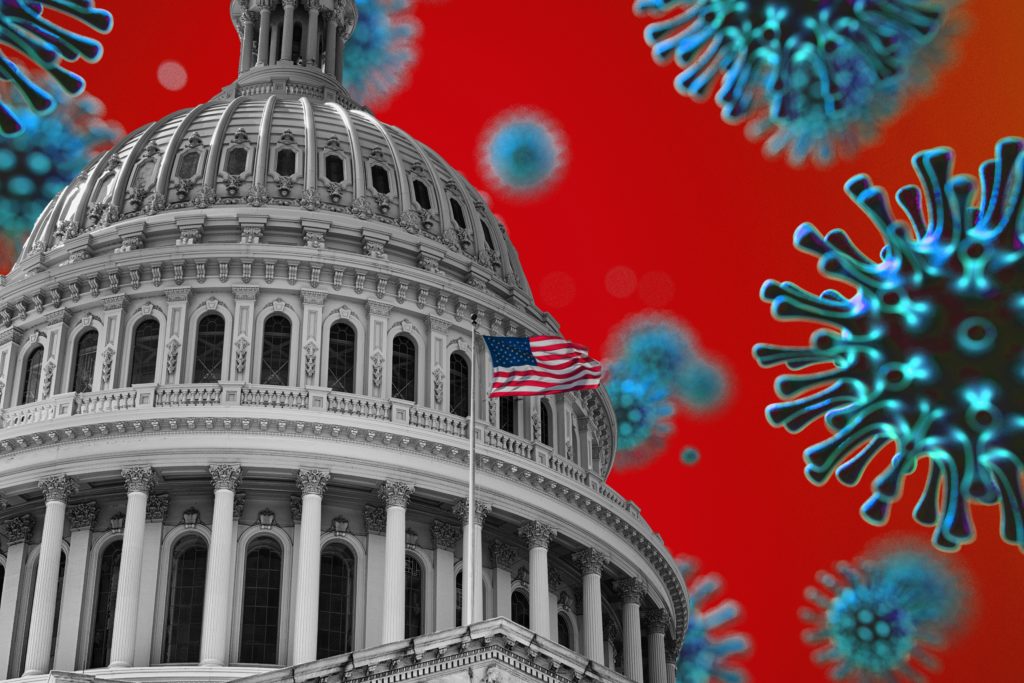 The US Government, for example, is estimated to have had a $4 trillion fiscal deficit this year, financed mostly by the Federal Reserve Bank. The mood in politics has changed, today there is no talk of austerity. The US election was relevant on this point. While Biden won, the contest was extremely close in blue collar votes, where Trump proved himself electorally competitive. One of his unsung achievements was he reversed the relative decline in income of the lowest segment of the population after forty years of deterioration. The Democrats will not want to risk losing this part of the vote again and will likely do all they can to consolidate the working class vote through labour friendly policies. Negative yielding bonds look inconsistent with this policy. Increasingly there are more signs of inflation starting to rise. Government stimulus, Central Bank printing, the disruption of supply chains due to the dispute with China, and a violent recovery as economies restock and rebuild inventories post-Covid all point to higher inflation. Moreover there must be a great temptation to inflate away the giant debt loads that have been built up over the past decade. For example, Gavekal estimate that US Government borrowing has added US$12,800 of debt per head of population in this year alone. Historically there is no example of a country choosing deflation over inflation to reduce a big debt load. However this is a message that the bond market is yet to acknowledge. In November Peru issued a $4bn 101-year bond for 2121. Peru has defaulted eight times in its 200 year history, yet the issue was oversubscribed by four times, and the coupon was just 3 ¼%. It seems strange that people’s savings can be allocated like this. One can only speculate what bond prices would be if Central Banks were not so active in the markets preventing true price discovery. Nevertheless given current conditions bonds remain unattractive to the investor looking for real returns, or indeed seeking preservation of capital. In inflationary periods money dies, and bond yields offer scant protection against any rise in prices. In the end it will probably be inflation that brings an end to the long bond bull market which started in 1981. Already most private investors are unpersuaded to invest in bond markets, which are only being supported by Central Bank buying. If inflation does rise investors will sell their bond holdings to seek safer returns elsewhere. That will put upward pressure on interest rates to entice investors back to bonds. This could be a multi-decade process, similar to the long decline to negative interest rates.

With the natural refuge of bond markets left bare, active investors are forced to turn to equities.

Past performance is not indicative of future results. The views, strategies and financial instruments described in this document may not be suitable for all investors. Opinions expressed are current opinions as of date(s) appearing in this material only.
References to market or composite indices, benchmarks or other measures of relative market performance over a specified period of time are provided for your information only. Notz, Stucki provides no warranty and makes no representation of any kind whatsoever regarding the accuracy and completeness of any data, including financial market data, quotes, research notes or other financial instrument referred to in this document.
This document does not constitute an offer or solicitation to any person in any jurisdiction in which such offer or solicitation is not authorized or to any person to whom it would be unlawful to make such offer or solicitation. Any reference in this document to specific securities and issuers are for illustrative purposes only, and should not be interpreted as recommendations to purchase or sell those securities. References in this document to investment funds that have not been registered with the FINMA cannot be distributed in or from Switzerland except to certain categories of eligible investors. Some of the entities of the Notz Stucki Group or its clients may hold a position in the financial instruments of any issuer discussed herein, or act as advisor to any such issuer.
Additional information is available on request. © Notz Stucki Group

by Alexis Sautereau Apr 01 2021
By continuing to use this site you consent to the use of cookies on your device in order to gather stats. Acknowledge
back to
the top