‘It’s ludicrous that a government can borrow at a negative interest rate and doesn’t take advantage of that.’ Sajid Javid, UK Chancellor, 7.12.19

At the peak in 2019 $17 trillion of global bonds carried a negative yield. One shouldn’t lose sight of the fact of how odd it is to pay for owning bonds. When the German 10-year Bund yield fell to -0.7% it meant an investor would receive €93 in 10 years’ time for the €100 invested today. By comparison in previous periods of financial stress bund yields had fallen to -0.1% in 2016, 1.2% in 2012 and 3% in 2008. It is confounding that these negative yields occurred during a period of economic expansion and employment growth, plus now the promise of coordinated fiscal expansion globally, all of which could see the competition for funding drive up the cost of money. Even Greek debt carries a negative yield. In 2012 the markets were closed to lending to Greece at any price, but now lenders pay for the privilege to lend their money for maturities under six months. Elsewhere in November Angola issued $3 billion of debt for 10 and 30 year maturities that was three times oversubscribed, despite a four year recession which has led to its debt to GDP jumping to 100%, a tumbling currency and the largest credit facility that the IMF has extended to an African country.

These historically low yields derive from Central Banks attempts to revive growth through reducing the cost of debt. However there is increasing evidence that rather than persuading people to spend, negative interest rates are persuading them to do the opposite, to save. Likewise the effectiveness of this debt is diminishing, generating about half as much GDP growth per unit of debt in the last decade as it did in the one before that. Instead the liquidity has flowed into financial assets. For example in the first quarter of 2019 the Eurozone’s 3 largest economies of Germany, France and Italy added just €6 billion of growth, compared to their stock market capitalisations increasing by €516 billion. We seem to have reached the point of policy impotence with the monetary policies of the last decade. Hence governments are looking increasingly to fiscal stimulus measures, which are not bond friendly. As the quote at the top of the page shows populist politicians have spotted the opportunity to gorge on these historically low borrowing costs in order to finance the promises that helped get them elected. Austerity has failed in political terms, for example, in the US the deficit for 2020 is estimated at $1.2 trillion, which is less than the $1.4 trillion in 2009, but that was a year of crisis. Such a deficit extending into prosperous times suggests that it is structural, and will be very hard to reduce. Entering 2020 the US will have significant monetary and fiscal stimulus at a time of full employment as President Trump seeks to turbo charge the economy for his re-election campaign. This twin stimulus is occurring at a time when both core and median consumer prices are at decade highs. Elsewhere the Japanese government announced a $120 billion spending package, and across Europe governments are starting to accept the need for similar efforts. As debt issuance soars and growth slows common sense suggests that inflation will pay this money back eventually. The internet and globalisation have led to a long period of disinflation, but tight employment and populist support for increasing the minimum wage puts pressure on wages, and prices are starting to creep up in some areas. For example the prices of the fifty most sold items by Wal Mart rose 5.2%. Migration controls and trade conflicts are also potentially inflationary. A change in sentiment would affect all markets. At the end of 2018 when interest rates started to rise and liquidity tightened it created an extremely challenging environment for investors. The ingredients for a repeat of this situation remain. 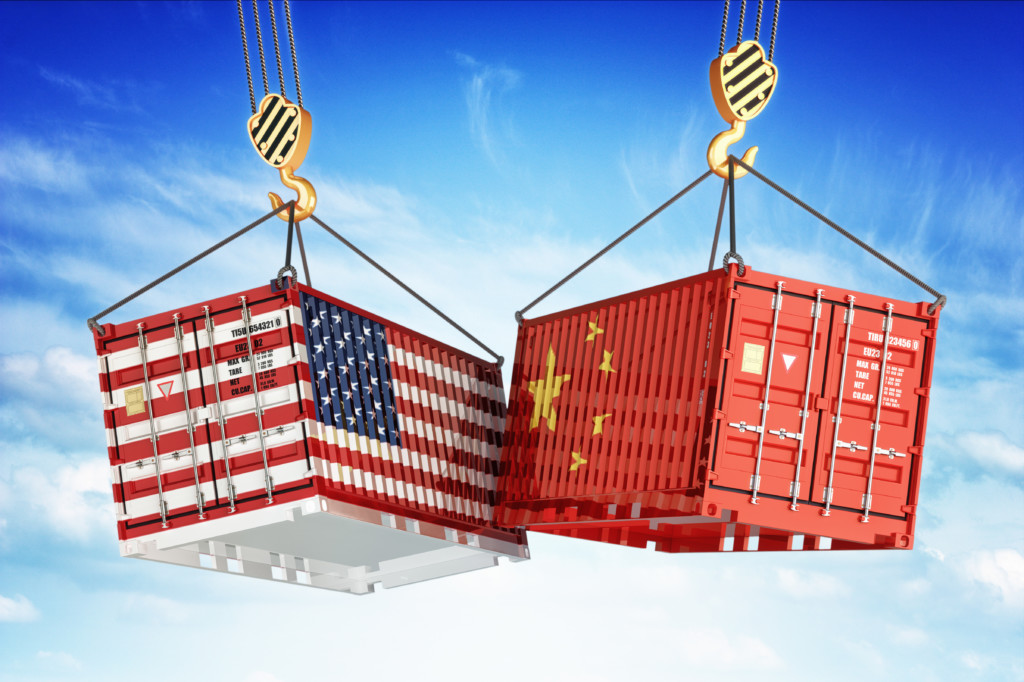 Sentiment over the trade war between the US and China has fluctuated over the year. The final outcome of the negotiations were not clear at year end but even if a settlement is reached concerns will linger. When it started in early 2018 there were hopes that the issues would be settled quickly, but what first appeared to be a spat over the trade deficit has now revealed itself to be a confrontation across many issues including military influence, technological capacity, financial access as well as trade imbalances. Short term the uncertainty is likely to be compounded by the upcoming Presidential election in the US, but longer term it is shaping up to be a multi-year problem. To underlie the seriousness of this situation one has to consider that in passing the Hong Kong Act Republicans and Democrats, who can hardly bear to be in the same building together, came together in near total unanimity and speed, to pass the Act which is a direct insult to China. Trade disputes inject deep uncertainty into the business outlook. To the extent that this one threatens globalisation it is stagflationary because it lowers long term global growth potential, and introduces inefficiencies and costs as decisions are taken more from political than economic motives. On China’s side they will accept slower growth in so far as it is consistent with social stability, but that growth will be focused more on their domestic economy, and therefore less of a boost to global activity.