“I think Trump may be one of those figures who appear in history from time to time to mark the end of an era and to force it to give up the old pretences.”

The third quarter was difficult in financial markets. Tightening liquidity as a result of the Federal Reserve’s increase in interest rates, escalating trade tensions, a rising oil price, and heightened worries on European stability with Brexit talks in a quagmire and a threat of Italy exiting the EU, all combined to undermine sentiment. However once again markets outside the US suffered most and by the end of the quarter the US equity market was at/near its highs. The US stock market is benefiting from a strong economy and the tax cuts that the Trump Administration achieved at the end of 2017. Goldman’s have estimated that share buybacks could reach almost one trillion dollars this year. This performance has been despite the rise in interest rates and bond yields as the ten-year rate rose to 3.05%. Outside the US surplus liquidity has been drained from the system exposing the weakest links, Argentina and Turkey’s currencies crashed and other Emerging Market assets suffered. This sharp divergence has been a feature of the last ten years. On the tenth anniversary of Lehman’s collapse and the ensuing financial crisis the surprise has been that while the US has had a weak economic recovery it was accompanied by a soaring stock market. The comparison to the Japanese experience following their collapse in 1990 could not be starker. Ten years after the Japanese bubble burst the Japanese Topix index was half its pre-crash level, while the S&P is up more than twice, and more than four times off its lows. Their bubbles were different, but a significant driver of the S&P’s recovery was the enormous share buybacks American companies have undertaken which Goldman Sachs estimates at $4.5 trillion over the last decade. This buyback program has been turbo charged by the Trump tax cuts with estimates that they will approach $1.5 trillion in 2018 alone. 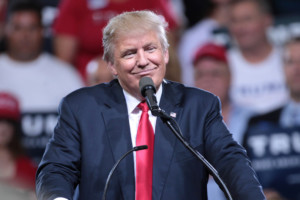 by Marie-Caroline Fonta May 06 2021
By continuing to use this site you consent to the use of cookies on your device in order to gather stats. Acknowledge
back to
the top