“Policymakers have conjured tons and tons of money out of thin air. As a result, we are now in a situation where never before in history has so much money been chasing so few goods and so few financial assets.””
Charles Gave

In the second quarter equity markets rallied strongly on the back of the abundant liquidity provided by the world’s Central Banks. The MSCI World rose 18.8% during the quarter which left it down 6.6% year to date. Sovereign bond markets were also firm and credit markets continued to recover. Gold rose by almost 13% in the quarter to finish at its highest level since 2012.

As an event the onset of the Covid-19 pandemic may herald the biggest global change since the collapse of the Berlin Wall in 1989. It presents investors with the challenge of weighing up the most dramatic plunge in global economic activity since 1945, against the largest ever monetary and fiscal stimulus. A fog of uncertainty hangs over the world economy. The unique quality of today’s environment is the impossibility of knowing when the pandemic threat will abate (for example will there be a second wave or not), and how businesses and consumers will react until and beyond that point. The likelihood is that the economic recovery will be slow because uncertainty is the enemy of spending and investment. Currently economic activity is only being held together by monumental government support, so on the face of it markets are ahead of themselves, and that is before considering the heightened political tensions and upcoming US elections, with the risks they could bring to globalisation and productivity. 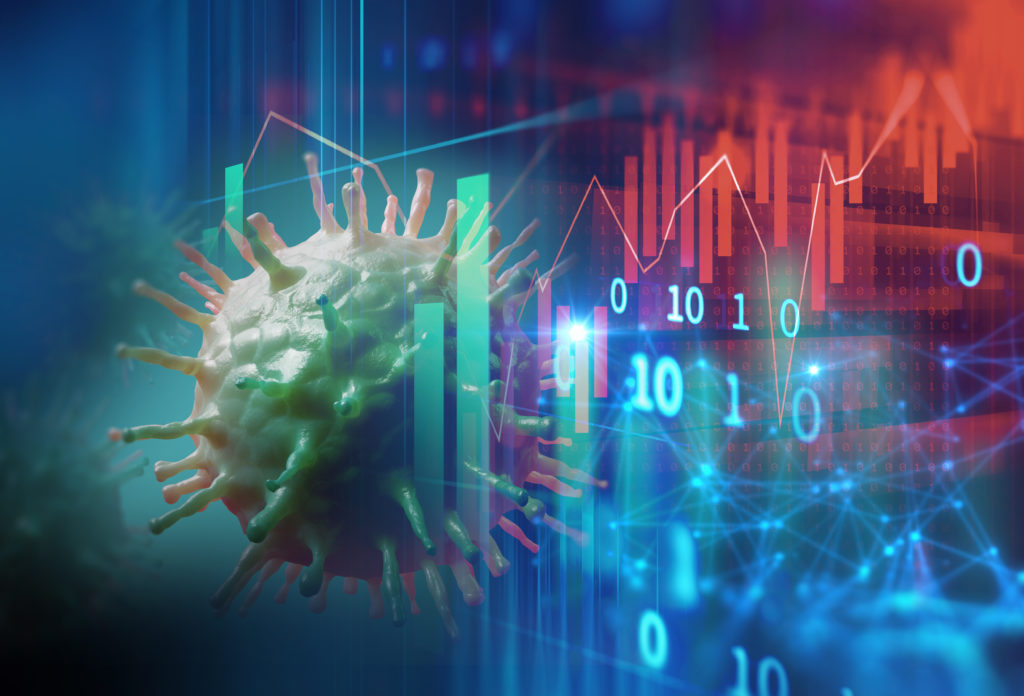 The scale of the shock and response to it has been unprecedented. Once Governments mandated the shutdown of large parts of the economy they had no choice but to provide support. No business is built to survive months of zero revenue, and many businesses such as airlines, hotels, cinemas, cruise ships, retailers and restaurants have had to cope with this. Yet the scale of the support has been breath taking. There have been over 100 interest rates cuts by Central Banks, and Governments have organised in the region of $18 trillion of stimulus. For comparison Gavekal have estimated that the US Government’s response to Covid is four times the inflation-adjusted cost of the Vietnam War. These measures landed on a system that was exhibiting vulnerabilities already. There has been a tremendous build up in non-financial debt in the West, which is also grappling with deteriorating demographics, aggravated by the backlash against globalisation that threatens the free movement of both skilled and unskilled labour to countries that are in shortage. While it is early days some predictions can be made of forthcoming changes. It is likely that supply chains for many goods will be brought closer to home. The crisis left many countries reliant on medical supplies from the other side of the world (China manufactures most of the West’s anti-biotics for example). Relocating supply chains will reduce efficiency because Chinese production represented the low cost and efficient option, but it will become unacceptable for critical items not to be produced locally. Rearranging the current supply ecosystem may take years, and involve significant capital expenditure on equipment and research and development. Companies are also likely to carry more inventory, so as to be better prepared for a second wave, or other crises. Another feature of this crisis is that the impact has fallen disproportionately hard on lower income groups and minorities, increasing wealth inequality. There will be strong calls for more support for these groups. The thrust of all these changes is inflationary; increased government intervention, higher minimum wages, and de-globalisation all represent a dismantling of the anti-inflation bias in place since the 1980’s.

The pandemic has triggered trillions of dollars of emergency spending, and for financial markets the debate is whether this leads to disinflation or inflation. This question has become critical because most markets are priced for continued low inflation, and the current recession and jump in unemployment would be deeply deflationary in normal times.

Past performance is not indicative of future results. The views, strategies and financial instruments described in this document may not be suitable for all investors. Opinions expressed are current opinions as of date(s) appearing in this material only.
References to market or composite indices, benchmarks or other measures of relative market performance over a specified period of time are provided for your information only. Notz, Stucki provides no warranty and makes no representation of any kind whatsoever regarding the accuracy and completeness of any data, including financial market data, quotes, research notes or other financial instrument referred to in this document.
This document does not constitute an offer or solicitation to any person in any jurisdiction in which such offer or solicitation is not authorized or to any person to whom it would be unlawful to make such offer or solicitation. Any reference in this document to specific securities and issuers are for illustrative purposes only, and should not be interpreted as recommendations to purchase or sell those securities. References in this document to investment funds that have not been registered with the FINMA cannot be distributed in or from Switzerland except to certain categories of eligible investors. Some of the entities of the Notz Stucki Group or its clients may hold a position in the financial instruments of any issuer discussed herein, or act as advisor to any such issuer.
Additional information is available on request. © Notz Stucki Group