“The coronavirus pandemic is a public health emergency. But it is also an economic emergency… This national effort will be underpinned by government interventions in the economy on a scale unimaginable only a few weeks ago. This is not a time for ideology and orthodoxy… We will support jobs, we will support incomes, we will support businesses, and we will help you protect your loved ones. We will do whatever it takes.”
UK Chancellor of the Exchequer Rishi Sunak 18/3/2020

The first quarter felt biblical. There were fires in Australia, floods in the UK, and even a plague of locusts in Africa and Asia. Overwhelming all these though was the Covid-19 virus that started in Wuhan in China, and has since swept through the world in a remarkably short time. It led to entire economies being shut down with billions of people in lockdown, causing an enormous shock to both supply and demand. In effect a serious recession has been mandated to control the disease. The ferocity of this shock sent stock markets crashing, corporate bonds tumbling, credit markets seizing up, in contrast to Sovereign bond markets which soared as investors fled to them for their safe haven status. As an indication of the turmoil, in three days the Dow Jones experienced two of its ten largest ever daily declines. Governments struggled to respond to the most severe healthcare crisis since the Spanish flu a hundred years ago, and have enacted emergency measures to try and support their economies. Stimulus packages that dwarfed those made in response to the 2008 financial crisis were announced in a stampede of decision making, which will cost trillions. Effectively governments in the short term have nationalised the payrolls of large sections of the economy. Adding further confusion was the collapse in March of the negotiations between OPEC and Russia which led to the oil price collapsing. The short term effects of the virus are dramatic, but the longer term effects may be equally profound. 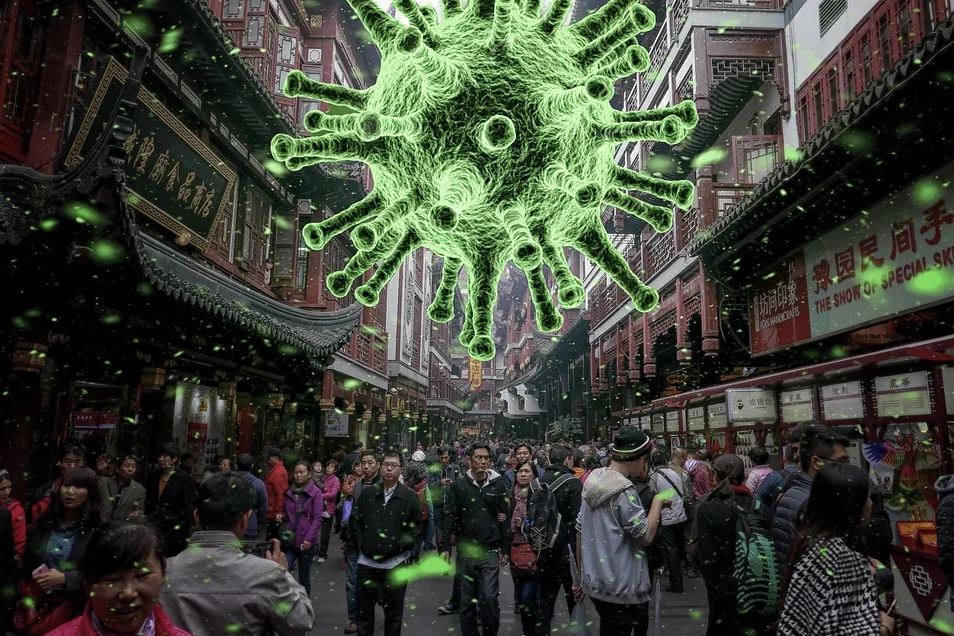 A pandemic creates an unusual economic shock because it hits supply first. A closed factory or quarantined workforce cannot make products no matter how many people want to buy them. Lower interest rates do nothing to free up halted supply chains or top up the income of the idled worker. Fiscal packages do nothing to help a closed restaurant. With everyone in isolation consumer spending stops, so the crisis becomes a demand shock. The virus creates the bizarre circumstance where governments need to suppress economic activity to protect public health. The uncertainty that this engenders kills investment and spending, which is the life blood of commercial activity. Covid-19 has been compared to the SARS crisis of 2003 but that was confined mostly to China and HK, and China was then smaller and less integrated into the world economy. In future one can see that the eruption and rapid spread of new diseases, with the accompanying panic and economic dislocation, will raise fears over complex multinational supply chains, and so will add to President Trump’s calls for more industrial activity to be returned to the West for security reasons. Nonetheless the extreme measures that governments have taken mean that the virus will be brought under control. China’s draconian restrictions have achieved that already, and in Italy the number of new cases is decelerating. The one place where we can pin down accurate data is the cruise ship Diamond Princess because it was a closed environment. The salient facts are that 80% of those on board were not infected; 75% of those infected have recovered; 0.2% of the total on board have died, and they were all elderly. One mercy of this virus is that generally it spares the young. The key risk going forward will be whether a second wave of cases occur as activity restarts. Almost certainly the economic recovery will be slow because the return to normal activity will have to start gently, as that is the only way to minimise the risk of a second outbreak. Meanwhile besides the human cost of this disaster, markets will be left to appraise the economic damage. How much is permanent and how much can be salvaged? Restaurants, the entertainment industry, most small businesses and highly indebted companies will suffer a terrible toll, though government packages are trying to offset this. Much depends on how quickly economic activity can fully resume, and that depends on how quickly the virus can be contained. At that point attention will turn to government balance sheets which are having to support this relief effort. In many cases these balance sheets were already stretched from the policies dating from the 2008 Financial Crisis.

In order to combat the virus governments globally had to undertake extreme measures.